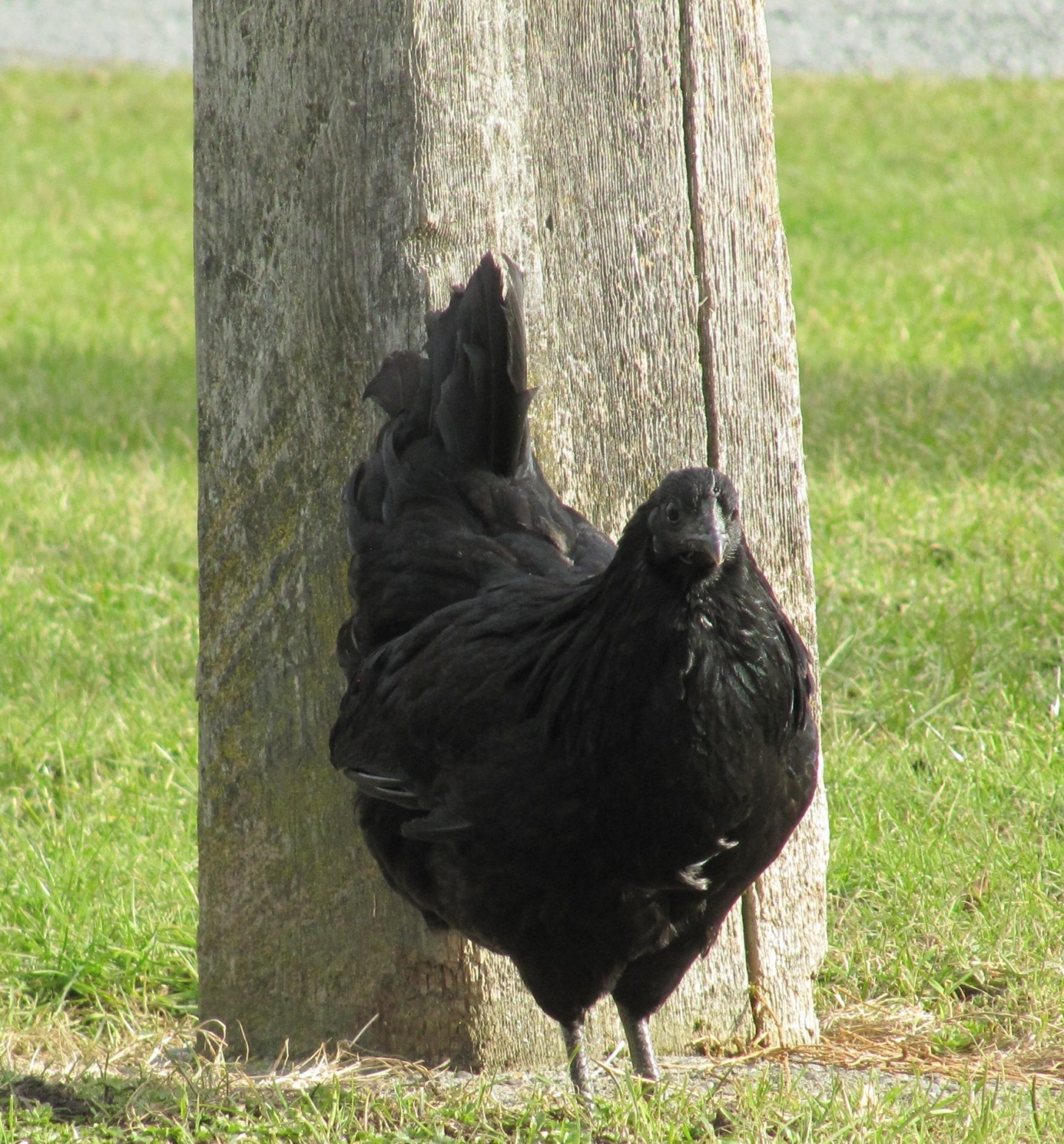 Its part of our morning routine.  As I take Jayden to school, we get up on the freeway, and we both look hard to see if we can see Chuck – the Chicken.  Chuck is actually probably Charlotte or Chloe, but we named her Chuck one morning, and since then that’s the name that stuck.

Chuck is kind of like the proverbial “fish out of water.”  She apparently lives somewhere along the side of the entrance ramp.  There are no other chickens anywhere around.  No fenced in places from which she obviously escaped.  Its nothing short of a miracle that she has survived right there on the side of the road as long as she has.  We see her most mornings, but some mornings she is no where to be found, leaving both of us to ask, “Oh no, has something happened to Chuck?”

Today, we saw her just clucking along, but right along the shoulder of the road.  I actually had to slow down just in case she decided to cross the road. (Who knows why?)  I was truly concerned for her safety.

Chuck reminds me of so many people with whom I come in contact on a daily basis.

Living life on the edge of isolation.  Doing their own thing.  With an apparent “I Don’t Need Nobody” mentality.  At least until crisis hits their life and then suddenly they call, text, message, email, come walking in red faced from crying their eyes out in fear and uncertainty.   Just this week I got a message from a guy asking me to pray urgently for a crisis in his life.   I told him I would pray, but I encouraged him to reach out to his pastor, maybe a counselor on staff at his church.  Turns out, he hasn’t been going to church.

Times of crisis prove why we need community.

There IS safety in numbers.  Being in a place where you are known and cared for, is crucial.   For me that is in my community of faith.    I  also have other friends, groups of people who know me, love me, and truly care about me. Relationships can be tricky, complicated, and often more work than we want to put into them.  But if we live isolated, choosing to take the risk that comes with living unencumbered by relationships we may find ourselves living just steps from disaster with no one to call on in times of crisis.

We will keep our eyes out for Chuck, but in truth she would be so much safer with other chickens in a yard somewhere.  She seems content, but I dread the day when she tries to cross the road and well. . .  things end badly.

Are you in community?  Do you have a place where you are known, loved, and cared for.  If crisis were to strike your life today, would anyone know enough about you to say, “Oh no, has something happened to . . . ?”

Don’t be a Chuck the Chicken.  Its dangerous.