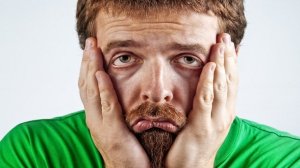 Of all the disappointments that we experience in life, the greatest ones are the ones that involve other people.  The one’s where you expect someone to do something, and that something doesn’t happen.  I have the hardest time with disappointments like these.  Some thirst for justice wells up inside of me, and I struggle with the temptation to hold a grudge against or to have bitterness toward the person who let me down.  As a pastor, I see this a lot:

The fight inside of me is to throw my hand up in the air, say “whatever” and walk away.

I was talking to my friend Gene the other day.  He’s an older, wiser, fellow that God has put into my life to encourage, pray for and even challenge my thinking.  He made a statement that I immediately mentally highlighted in my memory.  He said, “I’ve learned not to expect a lot from people.  People will disappoint you.  That’s just how we are.”  He went on to say, that with lower expectations, the fall of disappointment isn’t as hard or as long.  I began to think of some recent disappointing experiences, and I began to wonder if they would have bothered me as much if the bar of expectation had not been set so high.  I came to the conclusion that as a rule my expectations across the board need to gear down a bit.

If you are reading this, chances are pretty high that you are human.  Which means that the chances are equally as high that you and I both will disappoint someone else, today, tomorrow, next week.  It will inevitably happen, and multiple times over.  That’s why grace is so huge.  It fills in the gap between expectations and disappointments.

Paul said in Romans, that we all have sinned.  That gap between expectation and our disappointing choices or behavior exists for all people.  You and me as well as the person we’re having a hard time with right now.  But grace is an expensive free gift that has been given to us to bridge the gap between a perfect God and an imperfect us.  With that knowledge I’m learning to have great (un)expectations of others.  When disappointments come, I’m asking God to help me through them.  But before they come, to help me accept the fact that we are who we are – people.  Weak, imperfect, clumsy, and clueless people who need grace.

So – if you’re like me and you’re struggling to get over the disappointments that are created by others, learn to expect less.  Lower the bar.  The fall of disappointment won’t be as painful.  If you’re holding on to grudges, and bitterness, then in the words of the latest Disney Soundtrack hit, that every little girl within a ten mile radius of my house seems to sing at the top of her lungs – Let It Go!  Offer a little grace today.

For all have sinned and fall short of the glory of God.” Romans 3:23 (HCSB)