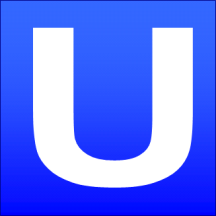 So last week we started looking at what it means to be a person of influence in our world, specifically on behalf of the kingdom of God.  The word “influence” has a lot to say about itself when you break it down letter by letter.  Today I want to offer to you another aspect of influence, inspired by the letter “U”:

Don’t you just hate it when you do something nice for someone, and they show no gratitude.   Even worse, they act as if they were doing YOU a favor by allowing you to be nice to them.  When that happens we so naturally feel taken advantage of, used.

Since our church has been in operation we have participated in a number of benevolent outreach projects.  If I were to look back over each event, I could tell you at least one story from each of those experiences where someone  took advantage of our benevolence.  Like the time we brought a truck of socks and shoes downtown and started handing them out.  At one point someone came back to us and said, “Hey there’s a guy down the street, trying to sell the shoes he just got from you guys.”  Or the time we were feeding hundreds of kids at a trunk or treat event, and as we were tearing down from the event, one guy was walking away with boxes of corn chips.  I gotta tell you that it ticked me off at first.  You try to do some thing nice for someone and someone pops up taking advantage of your good deed.  But you know what I’ve learned, and have had to remember time and time again?

If I’m going to be a person of influence, I better be prepared to be used.

I dare you today, to live life as a person of influence.  And when the questions of “what if?” start to surface, when the fears of being used, taken advantage of, or becoming a placebo to cure someone else’s codependency try to slow you down, just keep moving forward.  Offer yourself to God, today, to be used by Him, and if that means possibly being used by others, be okay with it.  Because you’ve asked Him first to use you to influence the lives of others.